With the fall season already here, it feels like 2020 can’t get any worse. And not to remind you of all that could go wrong but, more to prepare you, some spider species overwinter during this time. That means they are attracted to your house or structure seeking warmth, shelter and food – even secreting antifreeze into their bodies. If you already have a pest problem, that will create a perfect situation for spiders to stay and nest in your home. And to be honest, who wouldn’t want free pest control right? But the problem lies when these frenemies overstay their welcome and overmultiply their species (not to mention possibly biting  you)? Watch out for the following spiders common to Long Island this coming season: 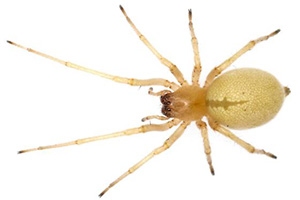 Yellow Sac Spider – Moderately venomous to humans, the yellow sac spider can wander in to homes hunting for a meal. They can also be found outside of the home wandering among the vegetation since they lack capture webs. They are named sac spiders because they weave sacs under rocks or loose bark for resting and nesting. Identify them by their pale yellow color, dark fangs, long and translucent legs and black feet. Though you won’t die from their bite, you can expect some cell tissue to die, painful burning, itchy sores, and a wound that will take long to heal. 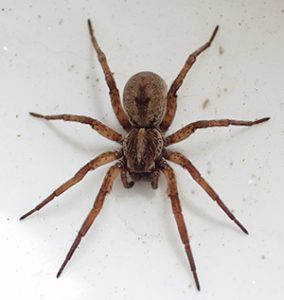 Wolf Spider – Some types of Wolf spiders make deep, tubular burrows where they may wait to ambush prey passing by. The Wolf spiders does not spin a web either. It is a hunter and usually hunts alone. They wander form place to place, so it is not a surprise that they can end up in a home or place of business especially when the season starts to get colder in autumn. Wolf spiders have been mistaken for other spiders. Some of the differences are the placement of their eyes (which are in rows) and how they carry their egg sack and young (in a silk globe on their spinnerets and on their abdomen once born). They can be from .4 to 1.38 inches in body length (not including legs). They have excellent eyesight and also sense their surroundings with their hairy legs and bodies. 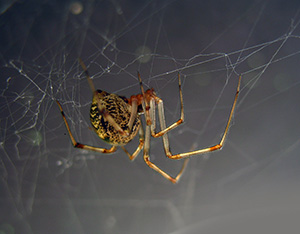 American House Spider – These types of spiders benefit from living near humans. They build tangled webs on which to entangle prey, envelope in their silks and eat. Once they eat, they will let the carcass of the prey drop on a line of silk to make room for more prey instead of moving and making a new web. They eat a variety of smaller insects and have several predators including other, bigger spiders. By mid-winter you may see their webs in secluded areas such as attic windows, behind open doors, between loose walls, on wall corners, under windowsills, etc. Their bodies resemble that of the black widow, but with a dull brown coloration instead. They can be a quarter inch in size but can reach almost an inch with its legs spread out. They lay their eggs on their webs and later the spiderlings are born and stay on the web for a while. They are not aggressive towards humans, but if a human is bitten (mostly self-defense), the bite is nonconsequential compared to the black widow. 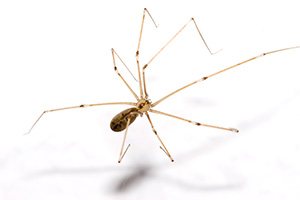 Daddy Long Legs – Though scientists do not consider them spiders, the Daddy Long Legs is part of a family of arachnids that have cylindrical abdomen. Their appearance is basically the same with some variations among their species. Most are delicate, gray or brown and might have banding on their bodies which resembles the shape of a peanut. Daddy Long Legs do rely on their tangled webs to capture their prey. Once they detect their prey, they will wrap them in their silk and then bite down on them. Once they are finished eating, they will clean the web by releasing the carcass and letting it hang down from the web. If they feel threatened they may sometimes vibrate or hide nearby The Daddy Long Legs webs can be found in undisturbed areas such as high ceiling corners, attics and cellars (sometimes called cellar spiders). They are known to visit the webs of other spiders in order to eat them – such are the hobo, huntsman, redback and house spiders. There is no evidence that the venom of Daddy Long Legs is dangerous to humans, nor has there been any Daddy Long Legs harming humans.

If you notice an overpopulation of spiders in your home, give us a call. We can help determine the best solution in getting rid of pests and spiders.

About the Author: Bullfrog